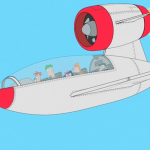 Hey everyone. SunBeater3K here, also known as Matt, also known as a lot of other things. I'm 23 and a big P&F fan. My sister introduced me to the show the summer of 2012 -- she's older than I am. See, this show isn't just for kids. (But you all knew that already.) So I found the show late (don't know how it took me this long), but it's quickly become a favorite.

This is for things that aren't userboxes.

Retrieved from "https://phineasandferb.fandom.com/wiki/User:SunBeater3K?oldid=696978"
Community content is available under CC-BY-SA unless otherwise noted.