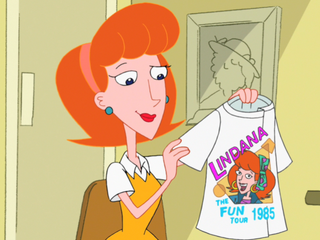 T-shirts and other shirts. For clothing like hoodies and sweatshirts, see Other clothing. Men's and women's shirts may be available in smaller sizes that fit children.

Shirts marked as "for Kids" indicate a design that may be suitable for girls as well as boys.

Since shirt designs change frequently, retailers may no longer sell a given shirt through their website. However, their local retail locations may still have the shirt, so it may be worthwhile to check with them to see if they have the shirt in stock. Shirts removed from a website should be recorded on the Discontinued t-shirts page for posterity.

When a retailer has multiple web sites around the world, one link will be provided for each product to their U.S. site. People interested in buying from a site outside the U.S. will need to go to those sites and search for the products themselves.

MSRP = Manufacturer's Suggested Retail Price. Individual retailers may offer a product at a lower price. Prices given in U.S. Dollars except when a product is not available in the United States. To see a price in a different currency, use the currency converter.

On July 20th, 2011, the National Hockey League (NHL) announced they would team up with Disney Consumer Products to create Phineas and Ferb NHL branded merchandise. The collection would include team specific or general NHL themes incorporated with characters from the show (mostly Phineas, Ferb, or Perry as players). Currently, there are nine designs including the Buffalo Sabres, Ottawa Senators, Toronto Maple Leafs, New York Islanders, Colorado Avalanche, Carolina Hurricanes, and Tampa Bay Lightning.

Retrieved from "https://phineasandferb.fandom.com/wiki/Phineas_and_Ferb_Wiki:Merchandise/T-shirts?oldid=662441"
Community content is available under CC-BY-SA unless otherwise noted.