Phineas and Ferb Wiki
Register
Don't have an account?
Sign In
Advertisement
in: Real World Articles, A, Actresses
English

Camp Rock, Camp Rock 2: The Final Jam, Cheaper by the Dozen 1 & 2, The Suite Life of Zack and Cody

Alyson Stoner (born August 11, 1993, in Toledo, Ohio) is an American actress, dancer and singer who voices Isabella Garcia-Shapiro (for which she came up with Isabella's catch phrase "Whatcha doin?") and Jenny on Phineas and Ferb. Besides this, she is perhaps best known for playing Sarah Baker (one of the twelve children) in Cheaper by the Dozen and its sequel Cheaper by the Dozen 2. Stoner also co-starred in "Camp Rock" a Disney Channel original movie with Demi Lovato and Joe Jonas, and had a recurring role on The Suite Life of Zack and Cody as Max. Alyson co-hosted of the Disney Channel's Mike's Super Short Show, an infomercial segment that sells upcoming DVD and Video releases of Disney features, and starred in three of the four Step Up movies.

Stoner got trained at the O'Connell Dance Studio in Holland, Ohio and the Margaret O'Brien Modeling Studio. She went to Maumee Valley Country Day School in Toledo, a very élite private school. Stoner started acting in 1999, when she went to the International Modeling and Talent Association. Consequently, she received several awards for acting, modeling, and dance (including an honorable mention for best model of the year at the IMTA convention).

In 2002, Stoner became the co-host of the Disney Channel's Mike's Super Short Show along with Michael Alan Johnson, an infomercial segment about forthcoming Disney releases.

After choreography training in Los Angeles, Stoner famously appeared as a background dancer in the music video for Missy Elliott's "Work It" and "Gossip Folks", as well as Eminem's "Just Lose It" and the lesser known "No Tengo Dinero" by the Kumbia Kings. She danced with a dancing group called the JammXKids between 2003 and 2006. She quit the group in early 2006 due to scheduling conflicts, but continues to work with the individual kids in different jobs. She was also one of the dancers in the special features for the Shark Tale DVD. Stoner teaches hip hop at millennium dance complex, and has credited as the youngest person to teach a master class there.

In 2003 and 2005, she appeared as one of the twelve Baker children (Sarah) in the successful comedies Cheaper by the Dozen and Cheaper by the Dozen 2. She has also appeared in several television shows for the preteen market, including The Suite Life of Zack and Cody, That's So Raven and Drake and Josh.

In 2005 Alyson Stoner recorded a cover version of the song "Baby It's You" by JoJo. She has taken vocal lessons to focus on transitioning her style from "kiddie-pop" to a richer tone and texture.

In 2006 she had a small film role in Step Up as Channing Tatum's younger sister. She also voiced Holly in the first four Holly Hobbie and Friends movies. Stoner starred in the movie Alice Upside Down, based on the best-selling Alice series by Phyllis Reynolds Naylor, in which she plays the lead role of Alice McKinley, this was her first starring role, and, according to an interview, that appears on the direct-to-DVD release, she states that this was the first time she had to appear in every scene in the movie, she also performed two songs, which appear on the soundtrack, which got sold as a bonus only available through Wal-Mart, the names of the songs, are "Lost and Found", and "Free Spirit". The movie is loosely based on the Alice series, and in particular "The Agony of Alice".

Stoner is the "dance editor" for KEWL Magazine. She also recently hosted a global fan summit on Amazon.com with good friend and Hannah Montana star Miley Cyrus. Stoner appeared in the Disney Channel Original Movie Camp Rock, along with the Jonas Brothers. Her next film was Ghosttown. Stoner is working on a "top-secret" "Alyson Stoner Project" described as "a dance video hybrid — melding many styles of entertainment into one package." It has a tentative release date for this summer and directed by Kevin Schmidt, her co-star from Cheaper by the Dozen.[4] Behind the scenes videos and pics are available at her YouTube and new MySpace account. In the summer of 2008, she appeared in the Disney Channel Games as a member of the Blue Lightning Team along with Kiely Williams, her Camp Rock castmate Demi Lovato, Shin Koyamada, Roshon Fegan, Cole Sprouse and several overseas Disney Channel actors. Stoner has also appeared in Wii Fit related videos on the Nintendo Channel on the Wii video game console demonstrating how to do balance exercises. She has also appeared as a voice actor in the Kingdom Hearts Video game series, which is also owned by Disney. She played "Xion" in Kingdom hearts 358/2 Days and "Kairi" in Kingdom Hearts Re:Chain of Memories.

In 2011 she launched her first EP called "Beat the System" which features four songs and a bonus track. She also launched her single "Dragon (That's What You Wanted)" in 2013 and "Pretty Girls" in 2015.

She also voices DC Comics heroine Batgirl/Barbara Gordon in the Cartoon Network show Young Justice and Sam Sharp in the Nickelodeon cartoon The Loud House. Stoner has also appeared in Hoovey The Movie as Jen Donhardt, A List, Selling Isobele, Kadence, the Lifetime made-for-TV film "Expecting Amish" and episodes of House as a skater and TNT's Major Crimes. 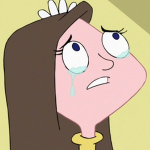