Phineas and Ferb Wiki
Register
Don't have an account?
Sign In
Advertisement
in: Characters, Animals, O.W.C.A.,
and 3 more

Shorter than Agent B

"Isabella and the Temple of Sap"

Agent O is an ostrich working for the O.W.C.A. as one of the organization's many secret agents. Major Monogram describes Agent O as "elusive".

Agent O was one of the many agents cramped in an elevator Agent Pinky attempted to use. Rather than use it, Agent Pinky instead decided to wait for another elevator ("Isabella and the Temple of Sap").

At one point in the desert, Agent O hid its head under the ground for unknown reasons ("Secrets from OWCA: The Organization Without a Cool Acronym"). 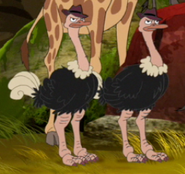 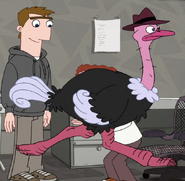 Agent O running through the office 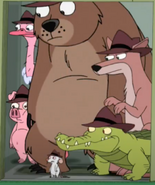 Agent O in an elevator with other agents